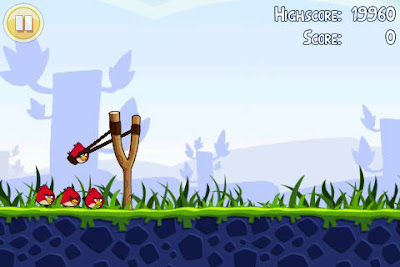 In Angry Birds, players take control of a flock of multi-colored birds that are attempting to retrieve eggs that have been stolen by a group of evil green pigs. On each level, the pigs are sheltered by structures made of various materials such as wood, ice and stone, and the objective of the game is to eliminate all the pigs in the level. Using a slingshot, players launch the birds with the intent of either hitting the pigs directly or damaging the structures, which would cause them to collapse and kill the pigs. In various stages of the game, additional objects such as explosive crates and rocks are found in the levels, and may be used in conjunction with the birds to destroy hard-to-reach pigs. END_OF_DOCUMENT_TOKEN_TO_BE_REPLACED
Henry 5 Comments