NGP is now Playstation VITA! Will it kill the PSP? 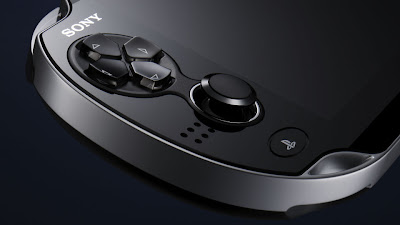 Sony proudly unveiled an incredible 2011 software lineup and amazing new PS3 peripherals, and also shed new light on highly anticipated handheld gaming device, officially named PlayStation Vita (PS Vita). “Vita,” which means “Life” in Latin, was chosen as the name for the next-generation portable entertainment system because it enables a revolutionary combination of rich gaming and social connectivity within a real world context, bringing users closer to each other and closer to their gaming experiences wherever they are.

Playstation VITA will be launch starting the end of this year for $249, it incorporates a beautiful 5-inch multi-touch organic light emitting diode (OLED) as the front display and a unique multi-touch pad on the rear. Two analog sticks enable a wider range of game genres.

They proudly announced a partnership with AT&T, which powers the nation’s fastest mobile broadband network, who will serve as the exclusive service provider for PS Vita in the United States. By having both Wi-Fi and 3G/Wi-Fi models available, PS Vita will enable infinite possibilities to encounter, connect, discover, share and play with friends wherever they are.

NGP vs. Xperia PLAY: Which one best suits you? Lets start with NGP. SONY learned a valuable lesson with their last gaming console release, the PS3 that the price of the hardware during launch can spell success or failure of the product. They’ve hinted earlier that the Sony NGP or PSP2 won’t be priced as high as the failed PSPGo. Its a good news, I’m expecting that the starting price will be more or less $270 and SONY claims that PS3 games will run on NGP without graphical changes, cool right!

There are rumours of cloud saving being introduced with NGP which means that gamers can switch from either platform on wifi and will have the option of saving the games also. In short, if the home console is on standby with a game then you can access the same game though the NGP via wifi.
I’m also thinking of connecting the NGP to HDTV to take advantage of the new specs. I actually don’t know how is it look like if you run it to a 1080p full HD. If NGP can display full screen, that would be great. You can just download movies, pictures and music video and play to your HDTV to save energy. Hehehe, and that’s the purpose. There has been much attention and fanfare surrounding the release of the new SONY Ericson xperia PLAY which can perhaps be considered as a warm-up SONY’s NGP. Clearly xperia PLAY has been touted to casual game player which is perhaps why no comparison can be drawn with the NGP.Therefore, it is more likely that this phone will compete with the imperious iPhone and to some extent the emerging Android powerhouses even though it will be powered by Android’s Gingerbread OS.

The Xperia Play purpose has high class performance designed with large display area as well as being astoundingly ideal web browsing activities. The actual specifications make it easy for the Android to generally be powerful device for sending mails and accomplishing social networking activities.
The appearance of Sony Ericsson Xperia Play is having ordinary looks but in the camera its altogether different. There is 1GHz Snapdragon processor in addition to the graphics designing is for Adreno 205 GPU. Also there is 512 MB RAM and 8GB memory card which are often expanded to 32 Gigabyte. There are numerous connectivity options, which please any imagination, which is often considered by way of the user.

I just saw from one of the website that xperia PLAY’s price is $630(USD). It sounds too much for portable gaming but it seems quite reasonable when you compare it to other smartphones pricing. I played lots of games to my PSP2000 and later on I found myself always playing Monster Hunter. Most of us Monster Hunter player are spending hundreds of hours in the game trying to familiarize ourselves with boss monsters moves and technique. We can also add friends, simple Ad-hoc/Bluetooth signals can send a digital copy of a friends ID as a request. Once you added them to your friends list, you can view their achievements and status.

While many are still skeptical about the idea of the NGP and Xperia Play existing alongside one another and possibly competing against each other, the original PSP is at a far greater risk of becoming obsolete. The future of the original PSP will be focused on casual entertainment in a more affordable marketplace while the upcoming NGP will take the reins to a more hardcore, tech-centric audience until it can drop in price and gain a larger library.

Selling your original PSP is not really necessary, as long as the three system can do multi-player using ad-hoc. Its like when PS3 came out, people sold their PS2 and complained about the backward compatibility in PS3, others want to keep their old system and expect that original games will become cheap once the new system comes out just to catch up for the games they haven’t played.